Back us on KickStarter

Welcome to the Adventure

The king is dead and these lands are not what they once were. Creatures of the Dark roam the fields, overrun the docks, hide amongst the forest trees and control the mountain paths. The people of Lirennor are desperate and afraid, they seek out a hero to restore peace, they seek you, descendant of the old Queens guard, Medallion Bearer. But you are not alone, other descendants will fight, steal, trap and deceive their way to the throne, and so will the Dark Mage Saladar. His powers will test your wit and skill because if you are defeated there will be nothing between him and the destruction of Lirennor.

In this 1-7 player game you will encounter never before seen mechanics and components, a box built to work with the gameplay, an open world setting to put your strategies to the test, enforced PvP, and constant replayability.

With competitive, solo and co-op modes to choose from, plus the ability to create as many scenarios and mods as you want, Dead Throne® can cover all your gaming desires. 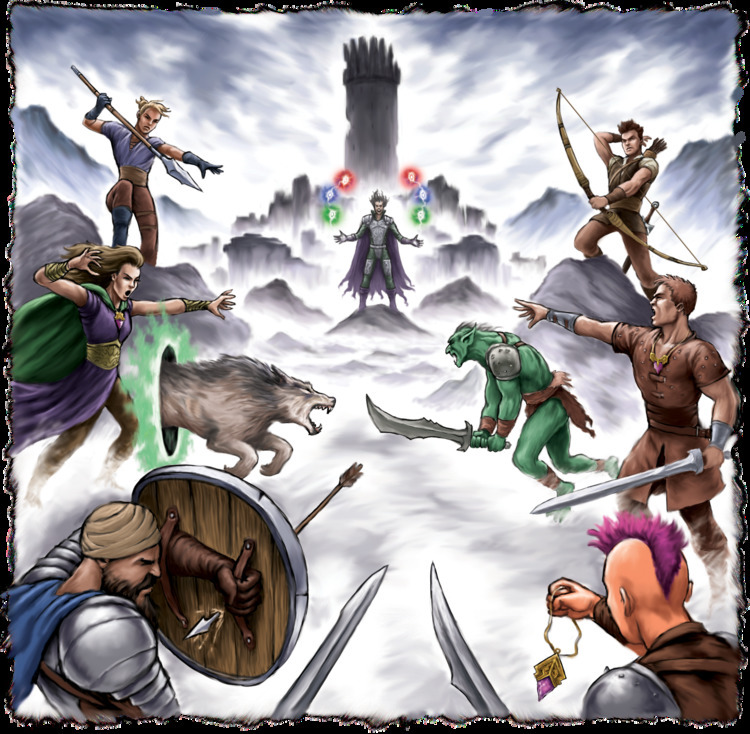 In the main competitive mode (2-7 players) you will pick one hero in your quest to become the new ruler of Lirennor. One player must play the role of Saladar, the evil Dark Mage. Saladar will need the Medallion Pieces that the heroes hold and the heroes will need the Region Stones in Saladar’s possession.

Use your wits, magic, traps, items, relics and powerful weapons found throughout Lirennor to claim victorwiy. No game will ever be the same, no victory repeated, and no defeat the final end. With a large map to explore, endless possibilities to your gameplay, multiple simultaneous battles, rapid leader reversals, and no way to predict the end, you will be hanging off the edge of your seat for the entire game.

With three ways of winning, multiple side quests, new challenges around every corner, and the ability to simply roam around the land you own way, Dead Throne will never be played the same way twice. 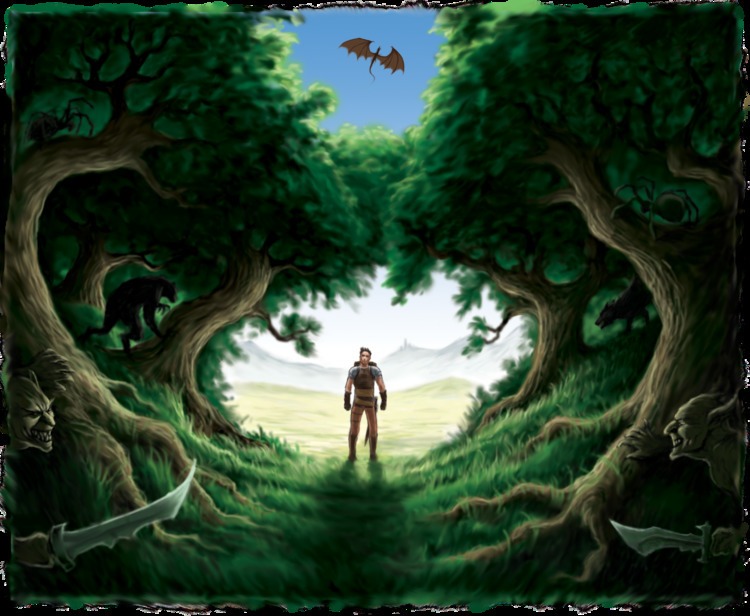 With the lands overrun, Agrimor, the fire breathing dragon chasing you down and the challenge getting harder and harder, you will need to tread carefully when navigating Lirennor alone.

In this multi challenge solo game you can battle your way through an endless hoard of dark creatures, save the people of Lirennor by tackling side quests, or rid these lands of the dragon that haunts the skies. But be careful, because with each turn a new obstacle might slow you down or even spell your demise.

Do you have what it takes to survive and save Lirennor alone? 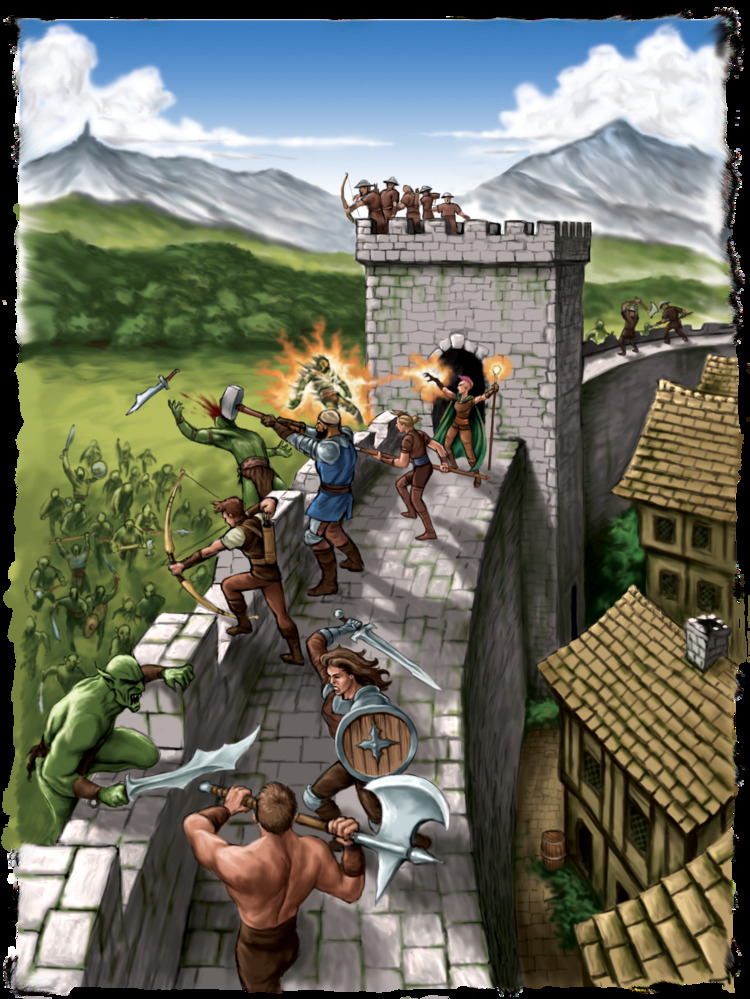 The people of Lirennor are in danger and need your help. The creatures of the dark inspired by Agrimor are marching on the towns. You and your group of heroes will need to slow their advance, defend the walls of the towns and kill Agrimor before he lays waste to the castle.

With 2 to 4 players, constant battles, abilities unlocked by collecting XP and the pressure of protecting all three towns at once, your group will be challenged like never before. Battle enemies together or separately in order to protect more distant towns.

But be careful, because as you become stronger, so will your enemies, Agrimor will become more powerful, the creatures that emerge from the darkness will be even more vicious and the towns will begin to crumble.

Don’t waste time and protect each other because without you, the people of Lirennor are doomed. 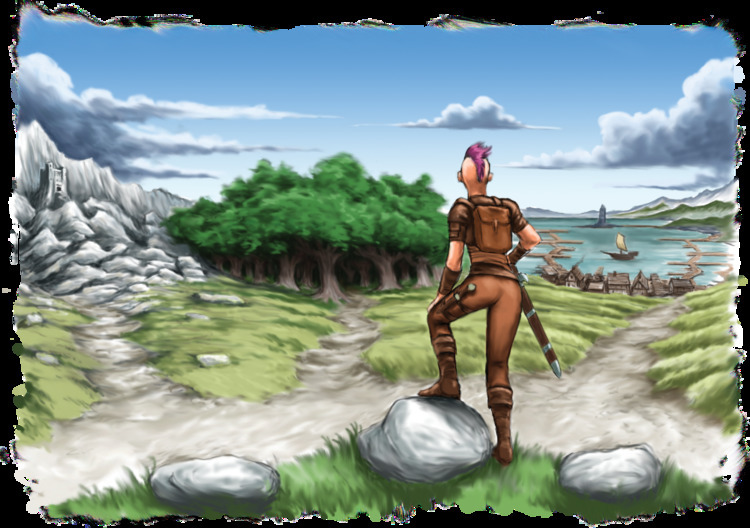 Dead Throne® is a game with limitless possibilities. With an open world setting, free exploration, and countless strategies to implement. For this reason we have created the Scenarios Page.

You can create your own games within Dead Throne® by implementing your own rules, your own set up, your own objectives and share them with the community. You can turn Dead Throne® into anything you want so be as creative as possible because the world wants to play your game too :) 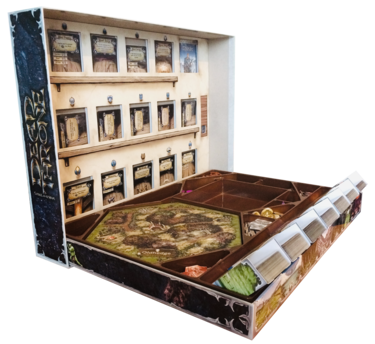 The Mechanical Market is a feature found nowhere else but in Dead Throne®. Stand the lid up behind the bottom of the box and slide open the Market to access your market cards. When you pack the box away you simply slide down the leaver so that your cards don’t move and are forever organised from the beginning. 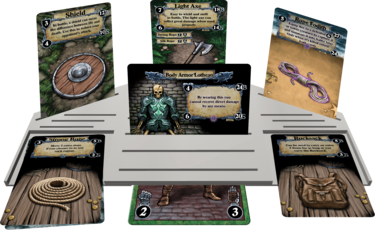 The Card Tray will contain all of you items throughout gameplay. Manage your characters development and watch them grow ever more powerful as you equip new pieces of armor, wield weapons and shields to aid you in battle and carry supplies to help you on your journey.

You will play on a beautiful, highly detailed, modular map of Lirennor, comprised of 10, large, double sided, hexagonal tiles. You can explore the map however you wish by following any path you choose. Chase down or evade your opponents, teleport across the land, twist and flip the tiles with magic and lay hidden traps for you opponents to spoil their plans. 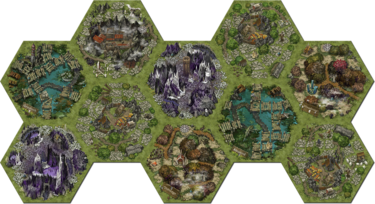 With over 500 cards within the game, you will never run out of things to run in to, items to discover, weapons, armor and magic to carry into battle. Each card contains beautiful artwork, designed to immerse yourself within the game, to feel the adventure unfold as you explore Lirennor. 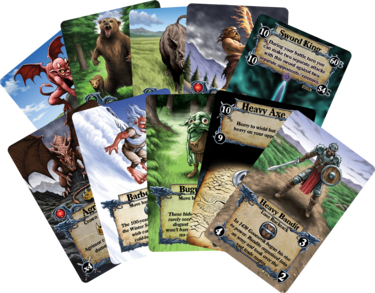 Each deck of cards has its own tuck box which is contained within the box. The market cards remain in the Mechanical Market and the Card Tray helps to promote fluid gameplay. Organisation of the cards is key to a fluid gameplay and so the box and the gameplay have been designed side by side to work together. Every element of the box has also taken the ability to use card sleeves into account as well to ensure the longevity of these beautiful cards and many games to come.

Over 150 tokens make up your currency and Life Tokens. You will collect coin throughout the land by completing side quests, defeating creatures and selling items. Use this coin to buy from the market, trade with other players and pay for travel across the land.

Your Life Tokens will heal you but can also be used to poison other players if used correctly.

Made from high density cardboard, your tokens will aid you well for many games to come.

Each character you play with has its own, incredibly detailed miniature to go along with. Standing at 6cm tall, each miniature comprises the unique character you are playing.

They are all left grey for your own artistic imaginations to take hold as you bring them to life at home.

Dead Throne® is the first look into this deep chronology. The story takes place in 2410ATD (After the Darkness) in the southern Kingdom of Lirennor.

It has been over 100 years since a king has sat on the throne of this once grand kingdom. The creatures once repelled are now swarming down from the mountain hides they cowered in before. They wreak havoc on our towns and lands, plundering, scavenging and killing with little resistance.

An ancient power forged long ago still guards the throne. Even the dark mage Saladar couldn't break its charm. When Saladar tried forcing himself upon it, the throne rejected him and scattered the Region Stones across Lirennor. Saladar, unable to take the throne began collecting these powerful stones and with them, control of the Regions of Lirennor. After the queen fled she entrusted her most loyal guards with her medallion. Breaking it into 6 pieces and ordering them to flee the land, as the power of this medallion is the only known relic that can break the throne’s charm and give power to Saladar.

These six pieces through time landed in the hands of six heroes. They are all that stand between Saladar and the throne. The kingdom must have a ruler once more. You must guide them on this journey. Through battles, through traps and magic, you must guide them. Because if Lirennor falls into darkness, the whole of Veles might fall with her.

Dead Throne® is a board game played in the World of Veles® .

Published by SharkeeGames Limited we are proud to present this unique game. The game itself is built as an open world adventure game in that players will traverse a large physical map openly and freely. You start off by choosing a character based on their unique attributes. You then collect armor, weapons, items, magical scrolls and coin in order to become more and more powerful as you progress through the game.

Along your travels you will encounter creatures of the dark that drag you into fierce battles. Your items can help you build traps to lay for other players. Local civilians found around the land will offer you side quests that lead to great rewards should you choose to accept their dangers. The magical scrolls you collect will not only save your skin in battle, but have the power to manipulate the map itself.

The World of Veles® comprises over 2,400 years of recorded history. Throughout the game you will uncover segments of its grand past as you interact with elements of the game.

Dead Throne® is the first in this chronology. We will release more and more games in the future that take advantage of this world, each with new enemies, new heroes, quests, objectives, gameplay and ultimately, a new victory to be had.

Dead Throne® was successfully funded on Kickstarter, thanks to 822 amazing supporters. With their help we were able to create this one of a kind game. Thank you all and we cannot wait to see you again.